The term Maritime Surveillance is formally determined by the combination of the “maritime domain​ ​awareness” and “surveillance” words [1], each defined thus:

Maritime domain awareness: the effective understanding of anything associated with the maritime domain (the oceans, seas, bays, estuaries, island, coastal areas, and the airspace above these, including the littorals) that could impact the security, safety, economy, or environment of a nation (JP 3-32).

The objective of maritime surveillance in this sense is to holistically understand, anticipate and administer all events and actions related to the maritime domain that could impact on areas of maritime security.

Maritime surveillance can be considered in the broader context of Intelligence Surveillance Reconnaissance (ISR) and, with regard to the exploitation of the electromagnetic spectrum in the context of Electro Magnetic Spectrum Operations (EMSO) for the maritime domain, as a ‘Force Multiplier’ for the supervision and control of maritime traffic.

The ultimate goal is to form a Recognised Maritime Picture (RMP) of vessel traffic involving ships of different types deployed in the area of interest. This is a key element for decision-making on actions at sea.

In the crowded and often contested maritime environment, Electro Magnetic Spectrum (EMS)-based surveillance is critical to obtaining and managing “information” that is vital to achieve and protect national sovereignty.

In military, military-supported and homeland security operations, mission success is highly dependent on the availability of information and the ability to correlate and merge information from different sources against existing knowledge to support rapid decision-making.

A robust, secure, resilient and reliable information acquisition and management infrastructure (both physical and logical) is required to contribute to and support the overall information environment.

The information content acquired from maritime surveillance activities will serve as the basis from which almost all decisions are made, allowing the armed forces to more effectively manoeuvre and coordinate actions targeting and engaging adversary forces. Maritime surveillance involves the collection, analysis, data fusion and sharing of data, the information being captured through a wide variety of sensors and sensor combinations operating in various segments of the spectrum (electronic signals, imagery, communications, acoustics, etc.) installed on different platforms (satellites, aircraft, ships, manned, etc.).

As a direct consequence, the main components of the maritime surveillance system are identified in:

The mix of passive and active sensors is crucial to ensure continuous and sustained surveillance in all weather conditions.

These sensors can be operated from platforms based on land, on board ships and in aircraft (planes, helicopters, drones, balloons), as well as from satellites. Considering the huge variety and number of potential information sources, the concept of maritime surveillance is evolving into “integrated maritime surveillance”, with data collected through different sensors being shared and collected by different users to improve overall maritime situational awareness.

This implies the creation of a surveillance network for the exchange, integration and fusion of information collected by individual maritime surveillance systems, normally at sectoral and regional levels. 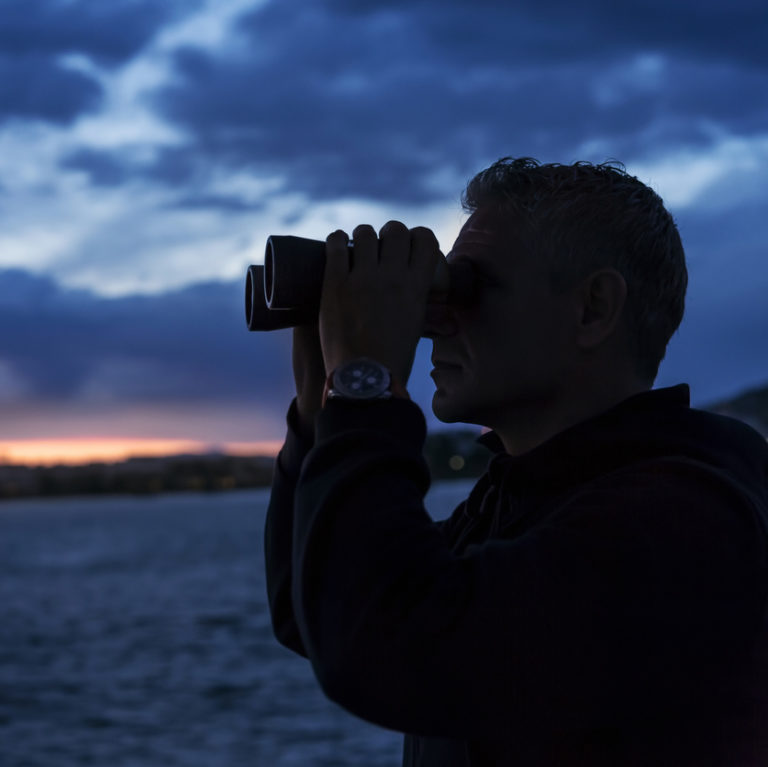