The Laser Warning System is a passive defence warning system aiming to detect, track and warn different kinds of laser threats in the typical wavelength range between 0.5 – 1.65 µm, allowing the monitoring of the space around the platform and the detection of the incoming threats in advance, by reducing the threat detection time.

Its purpose is to reduce the vulnerability to the numerous laser associated weapon threats on the modern EW battlefield, by providing the platform with an early warning when irradiated by a pulsed, modulated or continuous laser light.

The LWS is employed to protect sea, land or air combat platforms.

Ensuring a 360° coverage in azimuth and 90° in elevation, by the positioning of two or more sensor heads on the platform.
It is a reliable, flexible, self-contained laser threat detection system, suitable for integration into any protection system.

These warning systems should be able to distinguish different kinds of threats.
The most common laser threats that this kind of system is able to detect are: Laser Range Finder (LRF) used for distance measurement, Laser Target Designator (LTD) used for target designation, Laser Beam Rider (LBR) used for missile guidance, and other lasers used for illumination purposes, such as illuminators, pointers, dazzlers and night vision devices.

The incident laser beam radiation is focused and directed by the optics and transmitted toward the detector.
The optical signal is transduced into a digital signal from the detection subsystem.
Finally, the processor subsystem produces the warning output, which contains the characteristics of the laser radiation.
This information is used to trigger an appropriate countermeasure against laser-hostile threats.

The optical subsystem can be composed by mirrors, lenses and optical elements, properly arranged to focus the optical signal on the detector.
It could be additionally equipped with filters, in order to reduce the effects of background noise, with the aim to reduce the false alarm rate.

The detection subsystem may include different kind of photo sensors (CCD – CMOS – fast-photo detector), to cover the entire spectral band, and a spectrometer (Fabry-Perot etalon, Michaelson/Fizeu/grating interferometer), depending on the method to reconstruct the characteristics of the incident laser beam.

The processor subsystem is the core of the entire system; it consists of digital signal processors able to compare the measured incident beam with data pre-stored in the processor, in order to recognize the type of laser threat. 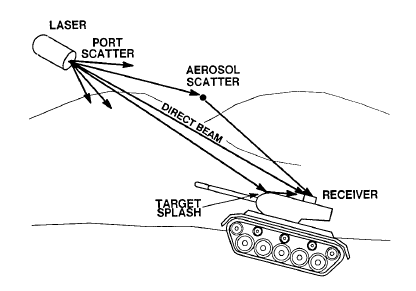 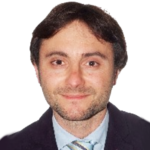