Human Intelligence is the collection and analysis of information about adverse activity.
It can cover different spheres of activity: political, military, economic, industrial.
Each Country has at least two intelligence agencies.
Governments frequently have multiple services ranging from two to seventeen (United States of America).
Such diversity is mainly justified by avoiding the emergence of the monopoly.
Monopolies are harmful in all areas and intelligence is not an exception.
In order to promote competition, governments are not limited to have only one major intelligence service in the country.
Having multiple sources of information also makes sense, in order to avoid having an “intelligence power”, and to prevent enemies from focusing their attention only on a single source.

Diversity in the intelligence world also allows more actors to remain discreet and objective.
An intelligence service does not know what other services are reporting, it is not helped, it is obliged to work as efficiently as possible, to give the most relevant and objective information, and above all never to lie or disclose strategic elements.
Human intelligence is a process of extracting information from a resource person or agencies.
This information is then analysed and used according to its quality, relevance and usefulness.
In military field, intelligence specializes in gathering enemy information, such as its combat defences and methods, strategy, specific intentions, and movements in combat zones.

The process, or intelligence cycle, is divided into four steps:
1. The orientation, which involves questioning the need of information and the perceived usefulness.
2. The research (or collection) is the step of finding relevant individuals or organizations, documents or technologies that feed the next step.
3. The exploitation of information that includes the processing, classification and analysis of information that will be important or not.
4. The dissemination that allows the decoded and sorted information to be forwarded to the applicant who, with the new information, will then return to step 1 for a new redirect on the sources received.

HUMAN INTELLIGENCE:
Human intelligence plays a key role in understanding the functioning and intent of the enemy in today’s operational environments, sociological norms, habits and values, but also in taking the pulse of life and individual and collective opinions.
Intelligence services must have access to a team of highly qualified, well equipped, and high-value human intelligence specialists.

HUMAN INTELLIGENCE SOURCING:
Human intelligence includes a variety of activities, including the exploitation of agents and sources, interrogation, reporting and counter-interference.
Human intelligence specialists adapt their operational profiles and techniques to each activity, depending on the level of danger, the operational environment and the people they interact with.
The exploitation of sources and interrogations, which are among these activities, are two activities that obtain a considerable and constant flow of intelligence-affected information.

EXPLOITATION OF SOURCES:
Source development specialists must find, recruit and train informants based on a variety of criteria, using innate and acquired skills.
These specialists can work in a variety of safe and hostile environments.
Thus, they must possess qualities such as quick thinking, flexibility, social adaptation, patience and command spirit, combined with communication skills.

INTERROGATION:
Interrogations play a major role in the collection of human intelligence.They involve the methodical and sustained questioning of people in support of operational planning and operational execution.
Interrogators must demonstrate a high level of adaptability, flexibility, patience and professionalism.
Due to the extremely sensitive nature of interrogations, interrogators must behave ethically and comply with the laws and policies that govern such operations.

Intelligence agencies do not need to know what is going on right now, but what will happen in the future.
For example, in case a source receives the information that an adversary has ordered a new fighter, we need espionage activity to gather information’s and analyst activity to predict the characteristics of the new aircraft, the materials it will need, the industries likely to receive that order, its price, the dates of its production etc.
Satellites cannot give you that information.
The combination of technology and espionage will produce an even greater effect, but we have to remember that these two tools are not substitutable for each other.

Today, living conditions are changing, access to the internet, robotics, artificial intelligence and technological automation are following in the footsteps of man, but the discipline of secret intelligence will remain present during these advances; human spies are crucial in countries’ decisions in the face of terrorism, delinquency, nuclear threat, etc.
Artificial intelligence does not seduce, torment, and intervene to extract information from its source.
New issues of cohabitation between technological and human power are emerging. 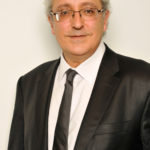